LATEST CORONAVIRUS UPDATE: We will be planning a phased return to face-to-face teaching during the week of Monday 8th March 2021. Read more 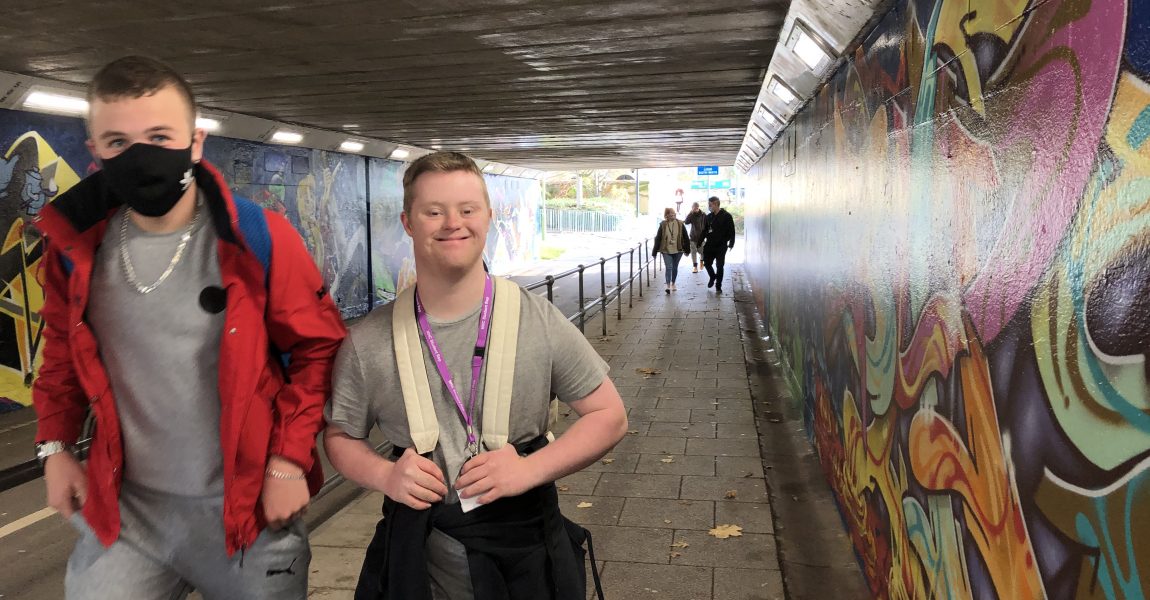 A group of NHC supported studies students walked over 56 miles as part of  Sir Captain Tom Moore’s latest campaign to combat loneliness, who praised their efforts on Instagram.

All Supported Studies staff and students were encouraged to take part in the campaign by walking, jogging or running as often and as far as they could over 5 days, and keep a record of their progress.

Four students covered over 56 miles including, the 4.91 miles they covered as a group between Monday 16th November and Friday 20th November.

The students were also interviewed on BBC Breakfast talking about the challenge.

Supported Studies student, Shea said: “I walked 13.11 miles with my brother. Captain Tom Moore inspired me to get out, get some fresh air and not stare at four walls all day.”

Issac said: “The reason I did the challenge is that it just shows us that getting out is the best medicine for loneliness and we are not alone when walking with friends. I was inspired by Captain Tom Moore because he is 100 years old and he is still walking for charity.”

Anthony said: “Walking is important to me because it is something which I have enjoyed doing ever since I was little, and it gives me a sense of freedom which I am incredibly grateful for. It also makes me challenge myself to try and walk further distances and visit new places.”

He continues: “I think I am one of many people who are extremely proud of Sir Captain Tom and his outstanding achievements of raising millions for charities, in a year  which was filled with so much uncertainty. He has proven that you’re never too old to do anything, which is something that could not be any more inspirational.”

Mackenzie who enjoyed walking with his friends and dog said: “I felt emotional and proud of myself for being interviewed. I felt over the moon, like a real actor when we were being filmed.”

Enrichment Project Lead, Julie Tribe said: “After hearing about the latest campaign launched by Captain Tom Moore to ease loneliness during Lockdown two, I thought the challenge would be a lovely way to virtually collaborate as a department.”

She continues: “I was particularly impressed because they [the students] went out every day on their initiative. They generally wouldn’t go out on their own because of their particular needs so it was an amazing effort and they were very motivated.”

The students were featured on BBC Breakfast on Tuesday 8th December.

Captain Sir Tom Moore made another walking pledge in the second England-wide lockdown. ⁰
He encouraged others to join him, we caught up those who did and the man himself on #BBCBreakfast ⤵️⁰https://t.co/pxOtYi35BJ pic.twitter.com/tupDqcG0oj

In addition, the Supported Studies – Retail Students walked a total of 24.02 miles.

You can donate and help others feel less isolated during times of need by visiting: www.captaintom.org